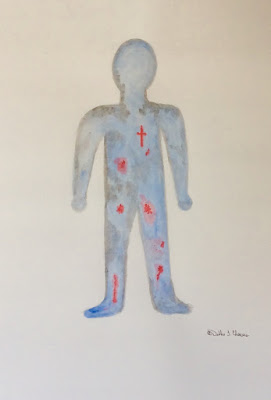 
1 Kings 13:26 And when the prophet that brought him back from the way heard thereof, he said, It is the man of God, who was disobedient unto the word of the LORD: therefore the LORD hath delivered him unto the lion, which hath torn him, and slain him, according to the word of the LORD, which he spake unto him.

Do you find it difficult to follow what the Lord has told you? Disobedience gives the devil a type of permission to devour and tear.
Stay on the path, toward the LORD. Do not stray from the Way, the Truth, and the Life. If you have left God's known way and direction to you, make haste and repent.
Ask God to forgive you and receive His mercy. He desires that no man perish, but that all come to repentance. (2 Peter 3:9)

The wounded one was "a man of God." He was sent on a mission to deliver a message unto wicked king Jeroboam. He was to deliver the message and then to return to Judah.
A messenger came swiftly to him as he sat under an oak tree and proceeded to tempt him to ignore the LORD's clear directive.  Scripture says the messenger was an old prophet in Bethel.

The man of God was told clearly by the word of the LORD to not eat bread, nor drink water there, nor turn again to go by the way that he had come. (1 Kings 13:17)
He obeyed initially.

Yet soon after he obeyed,  he sat down under an oak tree and turned aside and followed the direction given to him by a lying prophet. The lying prophet sought out the "man of God" and said an angel told him to bring him back to his house. (1 Kings 13:17-18)
Beware! Of any who try you or tempt you to leave the truth of God's word given to you.
Why did "the man of God" believe a lie? Why did he follow a liar, instead of the clear directive of the LORD? We must take heed and try every spirit whether it be of God or not.

1 John 4:1 Beloved, believe not every spirit, but try the spirits whether they are of God: because many false prophets are gone out into the world.

Man or woman of God, once you have accepted Christ and are following Him, do not return unto your old way. Do not be disobedient unto the Word of the LORD.
The man of God in these scripture verses was slain, torn, and delivered to a lion. (1 Kings 13:26) due to his disobedience.
We are warned.
1 Peter 5:8 Be sober, be vigilant because your adversary the devil, as a roaring lion, walketh about, seeking whom he may devour.

Know, that as a child of God you can run to God.
His arms are open.
He loves you. 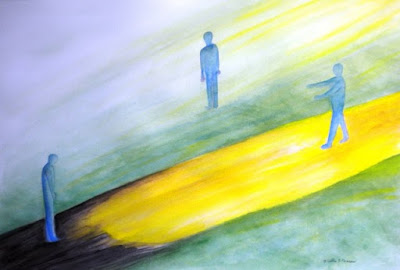 
My understanding is that " the man of God" was torn and slain because even after his disobedience was brought to his attention..he did not repent.
He was not a prodigal..He did not come to his senses and return to his Father.
He ate and drank and left to go about "his way."
In the last days it will be even so..
Matthew 24:38
Let your eating and drinking be in remembrance (communion-the Lord's Supper) of what Christ Jesus has accomplished on the cross and continue to walk forward. Do not depart from the truth.

If you have been disobedient, repent quickly.  Depend on the mercy of the LORD that would have all come to repentance and not perish. (2 Peter 3:9)
As you read all of (1 Kings 13 ) you will see that even an evil king received mercy-but he did not repent.
Let us run to God, not from God.

1 Kings 13:6 And the king answered and said unto the man of God, Intreat now the face of the LORD thy God, and pray for me, that my hand may be restored me again. And the man of God besought the LORD, and the king's hand was restored him again, and became as it was again.

The man of God prayed for a wicked king who was given mercy and healed of a withered hand, yet the man of God did not repent and ask for mercy for himself. 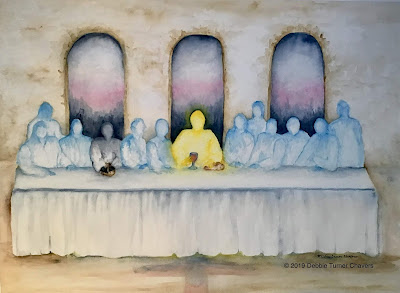 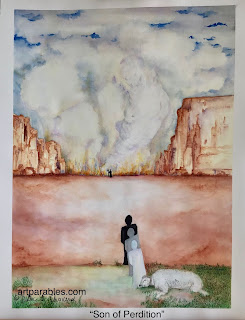